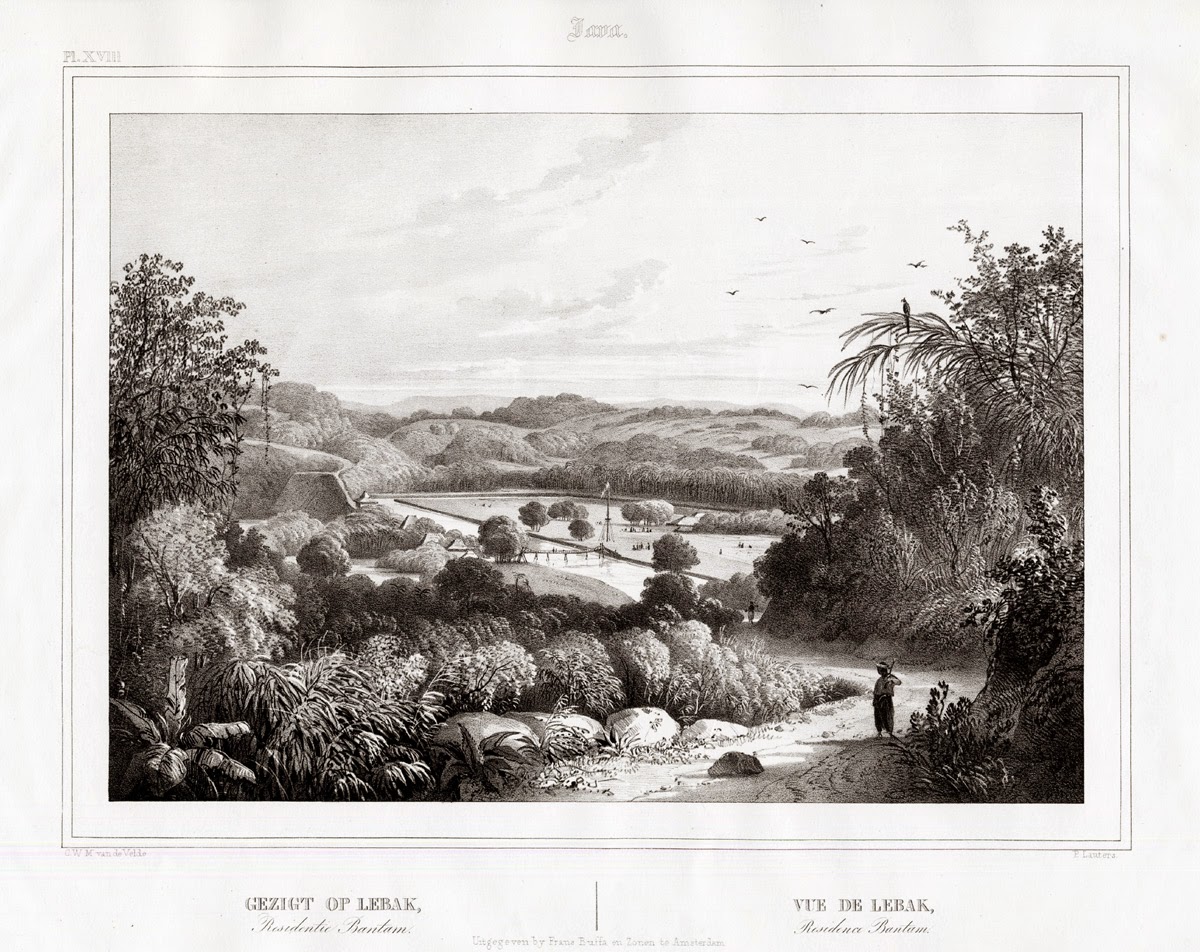 Artists and Engravers: Charles William Meredith van de Velde (1818-1898) was a Dutch Navy officer, painter and mercenary. Van de Velde drew the drawings whilst he was a midshipman on the ZM Triton and later when he was working in Batavia for the Commission for the Improvement of Maps and Charts of Indonesia. He had the ambition to reproduce the beauty of Indonesian landscapes, in which he was inspired by the artists and other members of the French scientific expedition under Dumont D’Urville. Frans Buffa en Zonen was at that time the most famous lithographic workshop in Amsterdam. All 50 plates were carefully lithographed by the reknown Belgian lithographer Paulus Lauters (1806-1876), who also had worked for Goubau’s lithographic printing office in Brussels. In 1836, when the Royal School for Engraving was founded by Antoine Dewasme at Brussels, Lauters was appointed professor of drawing. (www.theprintscollector.com)