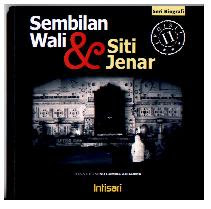 Seno Gumira Ajidarma is widely known as a journalist, but he is also very famous as a novelist, film critic, and art connoisseur with his major on comics or cartoon works. He has published many books among others on literature, journalism, and photography�completed his doctoral program at University of Indonesia, 2005.

The photos in �Sembilan Wali & Siti Jenar� are accompanying his bibliography study on the legendary of Walisanga whom are believed as the first persons on proliferation of Islam in Java. Those nine Wali is completed with another legend Syekh Siti Jenar. His study and journalistic report with its photos were then published as a book at September 2007�but firstly appeared in Intisari magazine, October 2005�August 2006.

Seno differenciate between historical facts and any historic views on those nine saints. By reading his report, seemingly the readers are brought to the past but in the same time they also criticise the myth of the tombs which Seno described.

Those exhibited forty five photos could be read as a companion to the texts, as arbitrary visual stories, or only as the photographer�s interpretation on the pilgrimage artifacts he visited. But maybe those are the pilgrimage journey itself.

This exhibition is intended to show how important ideas or discourses in the photography field.